Please note that due to the serious nature of the topic this post contains images that may be distressing for readers. Discretion advised.

Did you know that in 1939 over 900 Jewish refugees fled from Germany to the United States on a cruise liner to escape Nazi persecution? “We’re going away,” they said to each other. “We don’t have to look over our shoulders anymore.” But as they neared the Florida coast, US authorities refused to allow the ship to dock. After also trying to dock in Cuba and again being refused, the ship sailed back to Europe, pleading with various countries to grant refuge to the escapees. In the end, the only nation that would allow them to dock was Belgium. It was not long before Belgium was consumed by the Nazi blitzkrieg. 254 of those who had sought safety in America could not escape a second time, and died in the horror we now call the Holocaust.


Today we are facing a new horror like that of the Nazis. A radical group that brokers no opposition has taken control of a war-torn land, and is now methodically killing Christians and others who refuse to submit to their strict Islamic laws. Just a few months ago, when photos of a drowned two-year-old boy who washed up on a Turkish beach swept through social media, the world was confronted with the plight of these thousands of desperate men, women, and children fleeing for their lives from this group that calls itself the new Islamic State.

In the wake of the horrific attacks in Paris, I am seeing many pundits, activists, and friends posting on social media about their concerns for American security. Many are suggesting that the United States consider closing our borders to refugees fleeing ISIS.

While I understand national security concerns, I am troubled by the idea of completely closing our borders to those fleeing ISIS. ISIS is driving people from their homes, enslaving young women, and literally beheading Christians. Like Hitler in the last century, ISIS is eliminating entire societies and ways of life, driving before them waves of innocents who are desperately trying to keep their families, faith, and culture alive. 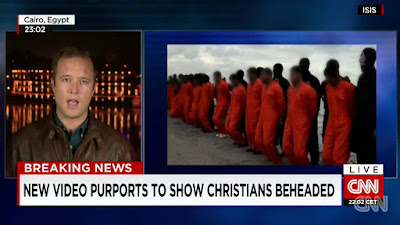 As far back as the Pilgrims, America has been a place where people have sought relief from religious and political persecution—a lighthouse guiding those in troubled waters to freedom. And beyond our rich national heritage, Christians have the words of the Old Testament and New Testament to inform how we approach those in need.

The Mosaic Law commanded God’s people to show compassion and love to “aliens and strangers” in the land. Jesus rhetorically asked his followers to consider who their “neighbor” actually is. He drove home his message by telling a story with a hero who comes from a different culture and even a different religion—a Samaritan. Jesus showed his disciples that the outcasts are our neighbors, and God clearly commands us to help neighbors who are in need.

Having said this, I also believe the first duty of a government is to protect its citizens.

So how do we reconcile this apparent dilemma?

Let’s begin by looking at some facts.

First, based on what I have seen so far, those who conducted the attacks in Paris can be divided into two groups: those who were “home-grown” and those who came in as “refugees.” Only one of the Paris terrorists appears to have been a refugee (and, according to one report, his passport may have been planted to mislead investigators). So, is the refugee impostor really the problem? Not likely. If he had been stopped at the border, it would have made little difference. The rest of his co-conspirators were already in the country.

Second, would turning away all refugees escaping from ISIS stop determined terrorists? The FBI has warned that ISIS has active members in all 50 states. Six months ago ISIS claimed to have strike teams lined up in 15 states. Yesterday, ISIS purportedly released a video claiming that they are going to attack Washington, D.C. Do they need “refugees” to carry in detailed plans from overseas masterminds? Not in the age of the internet. Do they need “refugees” to bring in weapons? Not in a country with the highest gun ownership per capita in the world. The people who would be most affected by a refugee shutdown would be those fleeing from the Islamic State’s reign of terror.


What are ISIS supporters actually doing?

Third, ISIS recruits are going to Syria far more than they are coming to the west. In the last year, America’s allies have been blocking ISIS—related travel—but not in the way you might expect. The restrictions that work are policies like Australia’s travel restriction to prevent their citizens from traveling to the Middle East to join ISIS. The newly established caliphate (that’s what ISIS claims to be) is drawing followers from around the world. They want to go to Iraq and Syria to be a part of a new Islamic future. Of course, we and our allies don’t want them to go. If they go, they will lend more power to ISIS, execute more Christians, destroy more cultural landmarks, and oppress more people—creating more refugees.

Refugees are trying to get away from ISIS

Fourth, this fact seems obvious to me, and it is implied in the above discussion, but we all need to be clear on one thing: The Syrian refugees that we are all talking about are those trying to escape from ISIS. Below I will talk about the importance of verifying this, but regardless of possible terrorist plants, etc., the people we are talking about are the victims of ISIS. We must understand that these victims are the refugees being discussed when someone says keep them all out.

So, what are reasonable alternative policies that are both wise and avoid turning away those in need?

First, we need to establish good policy that both lines up with our principles and reasonably protects our people. Here are two points to keep in mind:

Enough about what we shouldn’t do—what should we do?

Before I give my opinion, I want to highlight that I am not claiming this is the only reasonable solution. Nor do I claim that these ideas don’t have challenges or that they are born out of tremendous research. I do, however, believe them to be at least as strong as the claims that we should keep all Syrian refugees out of the country.

Personally, I look back to the time when my great-grandfather entered the United States in the shadow of the Statue of Liberty. Between 1892 and 1954, millions of people, including refugees from Europe and the Middle East, received their first taste of freedom on the shores of Ellis Island.

On that small spit of land, immigrants would wait in line, be investigated to see if they were a threat to the United States, and be cross-examined to make sure that we knew what they were here for and what they planned to do. Only 2% were denied.

I believe that we should establish refugee hubs (like Ellis Island) that keep the process simple while carefully screening those wishing to enter our country. These locations should collect information through an application, interviews, and a simple background research process, submit it to relevant national security agencies for screening, and give refugees basic guidance on possible next steps and basic tools for assimilating into American life. Refugees should present their case showing that they would face serious harm if they returned to their home country (this is my understanding of the current standard required by the law). This process should be completed within a specified time frame, with definite extensions for those whose background checks raise possible red flags. However, if there is no compelling reason to reject the applicant, then their application should be accepted.

Of course, this type of system (or any system) would rely on a diligent executive in the White House. I understand many people’s serious concerns that refugees escaping from Syria are not being carefully examined—to make sure, for instance, that they are not actually from India with a forged Syrian passport and gaming the system. Even more concerning would be those with known terrorist ties who are trying to take advantage of refugee status for evil purposes. These issues will come up no matter what the laws are, and that is why elections matter so much. We need to be educated citizens and talk about these issues with our friends and neighbors to ensure that wise and good leaders are elected to high office.

I believe an approach like this (or at least upholding these same principles) would uphold the Christian values of protecting the weak and vulnerable, as well as the traditional American values of being a place of refuge for those who face serious persecution. It would also establish a system that vigilantly protects Americans by screening for those with ISIS connections, for example, and serve as a deterrent for those who would seek to do us harm.

Regardless of what the final system looks like, I think that it will be a failure if it does not strive to honor both mandates.

ISIS is evil. But as Martin Luther King Jr. said, “Darkness cannot drive out darkness; only light can do that. Hate cannot drive out hate; only love can do that.” This doesn’t mean that we don’t use armies and weapons. But it does mean that while we are fighting, we fight for love. We follow the light even as it leads us into dark places. We embrace our duty to love the stranger who is our neighbor because what John Quincy Adams said is true: “The duty is ours; the results are God’s.”