Courage isn’t a matter of not being frightened, you know. It’s about being afraid and doing what you have to do anyway.
-The Third Doctor, Doctor Who 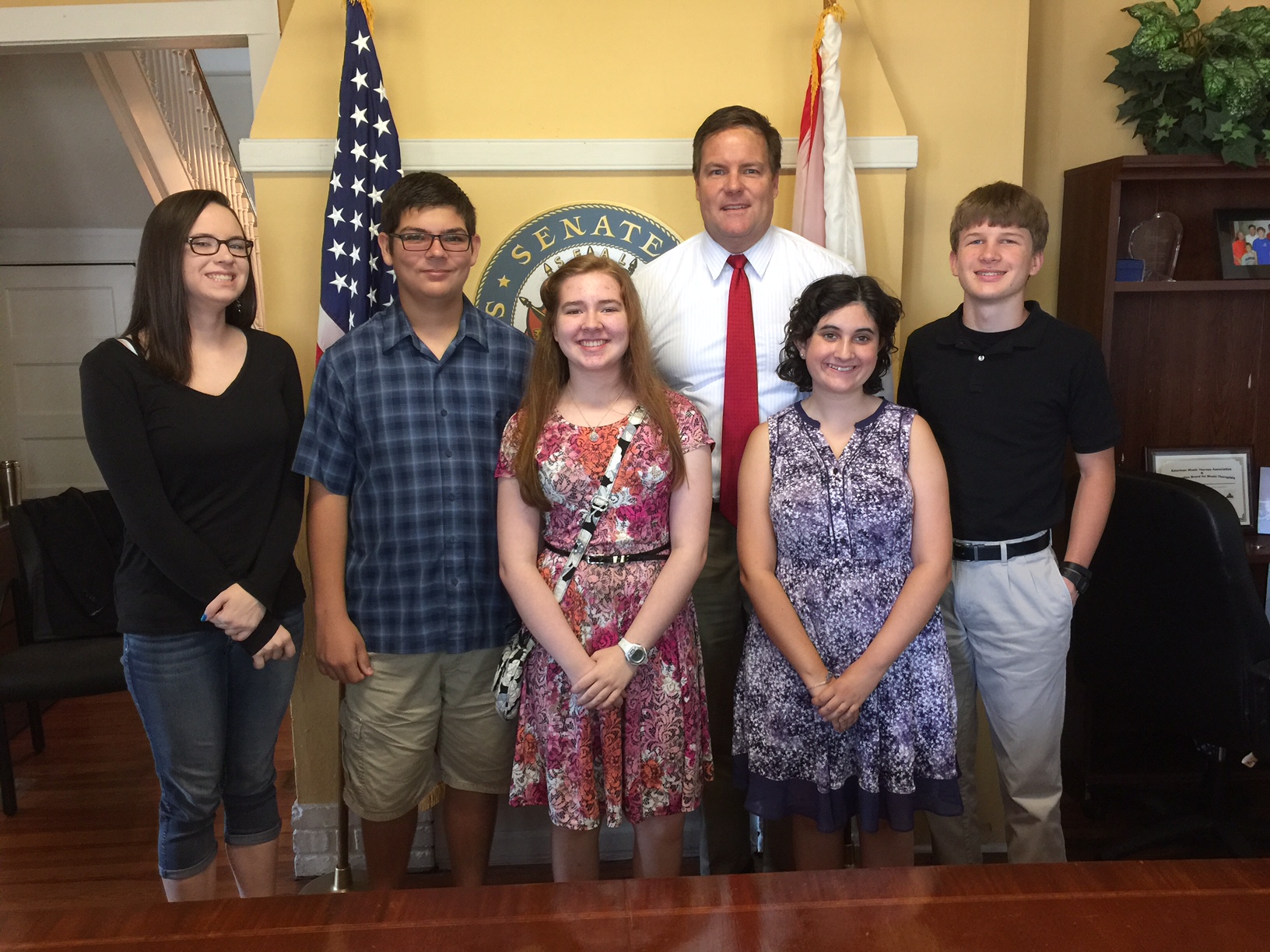 Greetings, fellow GenJers!  I am the current treasurer for the GenJ Club of Jacksonville. Last week, our club met with Florida Senator Aaron Bean to explain what Generation Joshua does, and to lobby him on eliminating Common Core in Florida. The newest club member, Finnis, and I decided to lobby Sen. Bean.

Now, I’ll just tell you straight up, I was terrified out of my mind. (I’m an INFJ, so that doesn’t exactly help.) Honestly, when the time came for the lobbying, I wanted to grab the office phone and yell, “Beam me up, Scotty!” because I was afraid that I would mess up. But I realized that if everyone felt like this and then chickened out, who would advocate for what they believed in? Besides that, I wanted to test the lobbying skills I had learned at the recent iGovern East Gala and put them into practice in real life.

I also wanted to learn how to advocate for the issues I believe in.

We all know you can’t do something well without practicing. Most of all, I wanted to make a difference in the political realm. The only way to do that is to talk to people. Once I remembered my original motivations, it was easier to start lobbying. Of course it also helped to remind myself that life is just one challenge after another.

One of the most important things you need to do (drumroll) is to research! Before I even set foot in Senator Bean’s office, I did my research on Common Core and learned what experts against Common Core have said about it, how it affects homeschoolers and students in general. If you don’t research before lobbying, you’ll sound like Obama when his teleprompter stopped working. I don’t need to tell you that is very bad. Once I had my facts, I read a few articles on the subject, and did a bit of thinking to form my own opinion. (Helpful tip: print out extra copies of the articles you used as research to give to the person that you are lobbying.)

Making eye contact with the senator, I stated some facts, (but not TOO many) quoted some articles, and then told the Senator my opinion on Common Core. But, don’t just end there. Conclude with asking a few questions on what can be done on the matter in the legislature. Try to learn what needs to be done to stop something or to help it pass. Senator Bean told us the Florida Senate had removed Common Core in our state, at which point one of the moms interjected that 99% of Common Core was still in place; it had just been renamed as the Florida State Standards.

Senator Bean then told us that he would talk to some other Senators and try to at least “build a legislative wall” around it to try and keep education more local. He also said that in November, new committee chairs will be selected for those who are no longer there due to term limits.  Committee chairs are very powerful; they can easily quash bills. Therefore, having a committee head who is not in favor of Common Core is vital to getting such bills past committee. Senator Bean thanked us for coming to visit him at his Jacksonville office and encouraged us to come see him at the state capitol in Tallahassee in the spring.

Now, I sincerely hope that I haven’t bored you to death with this blog post because the election year isn’t over yet, and we have a lot more lobbying to do if we want to win!