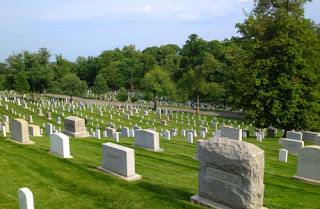 The freedom is not something that is easily won or kept.  It was achieved by men willing to “mutually pledge to each other our Lives, our Fortunes, and our Sacred Honor” and we must maintain that sacrificial attitude.
Freedom can only be maintained with people willing to sacrifice their comfort and ease for a greater cause.  This sacrifice has maintained America and it is essential that we impress this upon each generation.
I was standing in Arlington Cemetery at the Tomb of the Unknown Soldier.  I stood with 96 World War II veterans from my home town of Spokane, Washington.  They were honored with a trip to our nation’s capital to see the monuments, memorials, and tributes raised in honor of their sacrifice.  They didn’t consider themselves heroes, but they were.  As their generation fades into the history books, it was a privilege for me to learn from them, listen to them, and marvel at the quiet courage that made humble Americans into heroes to the rest of the world. 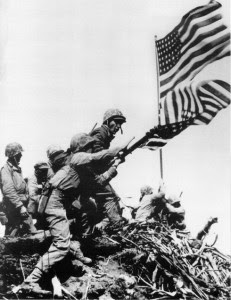 As I spoke to them, I was amazed.
It is said that my grandfather’s generation brought hope to the entire world with four simple words: “The Americans are coming.”
Societies, towns, nations, and peoples endured unimaginable hardships and agonizing totalitarian brutality because they were fixated on one simple hope:  The Americans are coming.
It was a hope that changed the world.  The idea that a group of people were dedicated to being liberators, people who defended the innocent, opposed tyranny, honored God, and loved each other.
Our nation and our world needs this hope today.
There is a part of America that still hold true to those values of protecting the innocent, honoring the brave, standing in opposition to tyrants, defending liberty, and holding firm to their belief in God.  My prayer is that we make sure that those values are consistently passed on to the next generation and that we take time to do so this Veterans Day.
As I stood at Arlington, I watched the soldiers maintain their vigil, listening as the guards were changed and the orders were given "Post and orders: remain as directed!" "Orders acknowledged!" 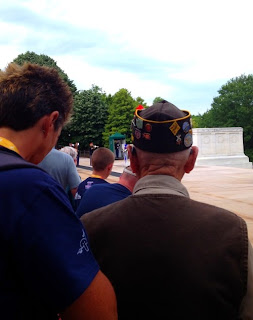 I watched an old man who was in uniform and a wheelchair struggle to stand.  The young lady with him offered to help but he brushed it off muttering that he would do this himself.  He struggled and then stood, his posture rising into a position of respect.
Then he had a problem.
He was wearing his uniform cap, and respect demanded that it come off.
But he could no longer raise his arms to take it off.
With a sigh, he looked at the lady attending him, his eyes glistening, and, with a soft smile, she removed his hat for him and put it under his arm.
Then he stood at attention, as best he could, as the wreaths were laid out, the trumpets sounded, and the guard changed.
He understood the cost of the freedom, and the respect that it must inspire in us.
Let us remember the cost and do likewise.
Joel Grewe
Director of Generation Joshua
SHARE: