So, it’s finally over. We had great hope for the election in the beginning, but by the end we couldn’t wait for it to be over. Especially when we realized that none of the candidates we were rooting for made it past the primaries. Now, we are already a couple months into a presidency that most people with half a lick of experience did not expect. So, from most logical perspectives, the intense part is over and now we move forward. We pick up the pieces that were broken off in the brutal past few months, find ways to heal our self-inflicted wounds, and join once again as Americans to find a way to enter a new age in the United States, right? Well, that doesn’t seem to be what is happening… And frankly, that is what disturbs me the most.

What happened to us that we feel justified in vehement rhetoric that demonizes and ostracizes people on the other side?

And by “other side” it seems like we now mean anyone with whom we disagree. Are we not tired of the pain we felt as blow after blow was dealt to one another this past fall? Have we become so desensitized from what happened this election season that we enjoy it? And really, as Christian conservatives, are we not supposed to be the ones who are bringing people up with us and helping mend the nation that is so very polarized against itself? I see far too many people who are miserably, blatantly failing at helping the nation move forward, and others who want to begin the process of mending and moving forward that feel like they can’t.

To start off, I will clarify that this message is to those who profess to be Christian conservatives. It will be from the two stances of both Christian and conservative that I will make most of my points. Moving forward from one of the worst elections I have witnessed (which as a recent GenJ student isn’t very many, if I and the rest of my fellow GenJers are being honest) we really need to figure out what we are meant to do as we move forward. So, to this end, I want to propose three things we should be doing as we head into these next four years and beyond. 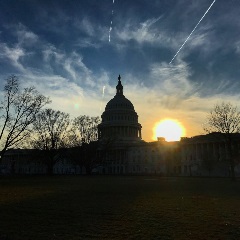 Now, obviously this will not be a comprehensive list of what I believe, so please do not read it that way, but I do fully believe that these points are where we should start. Why should we do this? Simply because we are the ones who possess hope. As Christians, it is one of the foundational points of our faith and we need to show the nation and the world that even when we are faced with adversary, we have hope because it is not in our hands. It is in His.

First, as Christian Conservatives, it is really our duty to inspire hope to the church.

Now, I’m not talking about telling your friends that persecution is okay and that eventually the rapture will happen so we shouldn’t worry about anything. That doesn’t really solve anything. I am talking about joining with fellow Christians (not just people who go to your church) and going into the United States to make a change for the better. Why? Because now is our chance. As Christians, we should have never been the silent majority for the past eight years, and these next four years are definitely not the time to stay that way. We have a mostly conservative House, Senate, White House, and soon (hopefully) a Supreme Court that will at least acknowledge our perspectives and beliefs. Not to mention the numerous state and local governments who would support our involvement. It is time for us to get involved in our churches and communities and taking this change and inspire hope from it. Is this a perfect situation for the United States and the church? No, but it gives us more opportunities than we had in the past eight years, so now is the time to take the change, inspire hope to the church, and from that, change the nation.

Secondly, we should be inspiring hope to conservatives.

Now, when I say conservatives, I need to clarify something. There is a huge issue these days with people who disagree on minor differences with others regarding what “conservatism” really is. But for the sake of this argument, I want to say that a conservative is someone who falls on the right of center of the political isle and desires more freedom for the citizens of the United States. This encompasses traditional conservatives, conservative democrats, and even libertarians for the most part. Why is this distinction important? Because alienating people on our side over minor things is counterproductive and that is one of the primary reasons conservatives fail. Fracturing who we are means we don’t get stuff done, and in the next four years, that’s not what we need. Are all the elected leaders perfect people that completely align with what we believe? No. However, even with the imperfections, we can still accomplish a great deal if we unify, and that’s where the hope should come from. We should inspire hope to the conservatives because now is the time where we can get stuff done. We have to ability to effect monumental change, and we can easily do that if we unify and move forward through all our differences. If we do this, we can have hope, and we should take this and inspire like-minded people with this hope.

Lastly, we should inspire hope to the nation. 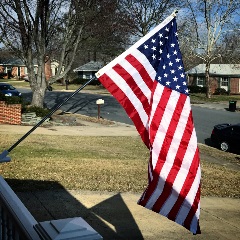 This really rides on the backs of the other two points very heavily. The reason for this is because if we do the first two, this one will just happen automatically. People are looking to conservatives now with certain expectations. Expectations regarding the legislation our officials will pass, expectations regarding how we will interact with each other regarding the political climate, and expectations regarding how we will interact with everyone else in the nation. We have the upper hand in our government now, so we set the stage for how the nation will act. If we unify as a Christians (not just as Baptists, Anglicans, or Catholics) who believe in the foundations of life, liberty, and the pursuit of happiness to the fullest extent of natural law, and if we unify as conservatives who believe in a government to protect and serve the nation, the rest of the world will look at us and mimic what we do. If we approach each other with charity and love, we can affect the climate of the world we live in. It won’t happen overnight, but it can happen, and it starts today in your thoughts, during in-person conversations, on social media, and everywhere else. If we do this, we will inspire hope to the nation. 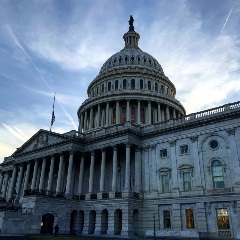 The point behind this entire article is twofold. One, it is to inspire those who need inspiration to continue on because it will get better, whether they are on the fence or they agree with a position of hope. The other is to exhort those who are not unifying the three groups I listed or are lacking hope for the future that there is a better way to move forward. As Christian conservatives it is our responsibility to move forward and carry on the discussion in love and compassion. At the end of the day, we need to deal with people as people, because people are people, not issues. Just because you disagree with someone doesn’t mean you should disavow them. The name calling and the “my way or the highway” perspective doesn’t help move a view of hope forward. Just because someone says something you disagree with doesn’t mean you should call them “fundamentally not pro-life” or “non-Christian” or “not conservative” or any of the other rhetoric that just alienates people. You’re not helping the problem, and your moral high ground is not justified by this kind of speech. You are just making it worse. It is our responsibility to unify and lead, and we can’t do that if we are too busy constantly pointing out the negatives or alienating those who disagree with us. There are ways to point out problems in a balanced fashion and ways to civilly disagree with others. If we do it well, our speech will unify and inspire hope. We as Christian conservatives have change, whether it was change you wanted or not, it is change we can do something with. From this change we should inspire hope, and from that hope and the action that comes from it from it, we can change this nation for good, for a lifetime to come.