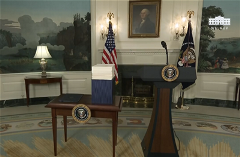 As you probably know, last week Congress passed and the president signed a large “omnibus” spending bill. I’m not going to address whether it was a good bill and whether or not it should have been passed and signed. However, I do want to address something I’ve seen going around Facebook.

I’ve seen numerous Facebook posts alleging something along the lines that since the omnibus bill wasn’t a “federal budget,” the president doesn’t actually need to follow it. The posts argue that, “Per the Constitution…the President must adhere to a Budget [sic] set forth by Congress and direct the expenditures as provided therein.” They continue by saying, “Pres [sic] Trump can spend this money on whatever he wants to. Or… [sic] not spend it.”

Good night! Where should I start…

First, the word “budget” never appears in the Constitution, so I have no clue where they get the notion that the president only needs to follow a “budget” and not an omnibus bill. There is absolutely no constitutional basis for that claim.

All of these posts assume there is a distinction between a budget and a spending bill, which is completely correct. However, they are utterly wrong when they try to explain the difference.

When Congress passes a budget (which is does pretty much every year), it passes a concurrent resolution. If you’ve been to iGovern, you know a concurrent resolution is passed by both the House and the Senate, but does not go to the President to be signed, and therefore, it does not have the force of law. So, what’s the point of a budget if it doesn’t actually become a law? Well, a concurrent resolution is binding on Congress, so it sets up parameters and restrictions for Congress when it passes appropriations bills. It can also be used to set up the reconciliation process, which allows certain bills to be considered without being filibustered in the Senate (this is how Congress passed the Tax Cuts and Jobs Act in 2017). Passing a budget is important, but it does not – and cannot – actually allow any money to be spent.

So, in short, the omnibus bill wasn’t a “budget” which means it actually appropriates money. And, since it actually appropriates money, the president cannot just do whatever he wants with the money, but instead must follow what Congress passed and he signed in the omnibus bill. This all stems from the fact that the Founding Fathers wanted Congress to control the purse.

I would be remiss if I didn’t mention that I have not seen the White House or anyone in the Trump Administration make any of these arguments. I have only seen this on Facebook and some blogs, but I wanted to write this post to give you the facts you need to combat this fake news.