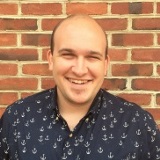 As I was driving home Monday night, I had my phone playing the livestream of Justice Amy Coney Barrett taking the oath of office for the Supreme Court on the White House steps.

Earlier in the evening, I had been at Patrick Henry College hosting a training for leaders deploying on GenJ Student Action Teams later this week.

We watched the Senate vote on her confirmation and the room burst into applause when the votes were reported (52 Y to 48 N).

I listened to the president speak. Then I watched as Justice Clarence Thomas--a conservative black man--stepped up to administer the oath of office to Justice Barrett--the 5th woman and 1st mom of school-aged children to fill one of the nine seats on the highest court in the land.

As all of this played out and I tried to avoid looking at the screen (since I was, you know, driving), I found myself on the verge of tears.

I don’t know if it was the vindication of a supremely qualified jurist after a degrading and haranguing confirmation process, or perhaps the fact that these two giants of justice just so happened to also be conservatives AND members of the very groups that their ideology is accused of suppressing. But I felt an overwhelming sense of gratitude and an extension of grace for our nation.

Conservative Christians are collectively one of the favorite whipping boys of progressive political discourse. We’re supposedly dangerous ideologues hell-bent on delivering archaic repression to anyone who is not a straight, white male and simultaneously supposed to be pragmatic, hypocritical sellouts to lip service from the highest bidder.

I’m not smart enough to know how the politics of 2016 and 2020 will be viewed by Christians in coming decades or by God at the end of all time. But something stuck out to me as I listened to Justice Thomas and soon-to-be Justice Barrett repeat the profoundly simple words of the oath of office:

I saw two individuals whose beliefs and personal character run deep. They have roots that none of us have the privilege of knowing about. They are not motivated by power or control, but are intensely committed to justice, the Constitution, and the independence of the judicial branch.

It is also common knowledge that both of these individuals are constitutionally conservative and sincere Christians.

And they both have been chosen to stand as guardians—protecting America from itself.

And yet just last week, Amy Coney Barrett was sneered at, reviled, and mocked by Democratic members of the Senate Judiciary Committee.

It seems almost futile to complain, but her time in the national spotlight was noticeably absent of all the trappings that would have accompanied it if she had simply been more... progressive.

She would have had actors and singers and talk show hosts tripping over themselves to congratulate her and call for mass support of her nomination. She would have gotten emotional social media posts from the pop culture squad of women elites. There would have been athletes and business titans and entire news corporations desperate to lift her up as an example. A reminder. An inspiration.

I have mixed emotions this week because I (and so many other people I know) consider Amy Coney Barrett to be all those things and more. But because she does not fit into the left’s prescribed script for female judges, she gets nothing but a few cynical verbal kicks and jabs from the so-called progressive women on the Senate Judiciary Committee.

Questions that would have instantly been decried as sexist, harassing, and deplorable if asked by Republicans of a Democratic administration’s nominee were aimed at Amy Coney Barrett with a chilling level of confidence and calculation.

If we can only celebrate the advancement of women when they fit neatly into a progressive package of ideas and lifestyles, then maybe it wasn’t ever really about advancing women in the first place.

This type of selective tribalistic shunning is anything but truly progressive. But it’s become par for the course as any conservative woman will tell you.

As we listened to ACB’s brilliant responses in the Senate hearings last week, my wife, Abigail’s eyes lit up. She thought for a moment and then quietly said, “She’s the real Madam Secretary”. (Referring, of course, to the poised and brilliant character played by Téa Leoni on the political TV show.)

I am privileged to know dozens of legendary women. And to be the dad of two very young ones. It grieves me to know that (if my daughters end up viewing the world at all similarly to how Abigail and I view it) we will one day have to explain to them why they can’t expect who they are and what they’ve done to be celebrated like it would if they had only complied with the demands of woke society a little better.

And it’s not that I mind when identity politics are exposed as a shallow vehicle for the left. Most people aren’t shocked when the liberal girl squad doesn’t rush to embrace ACB.

Progressives want to have their cake and eat it too. They want to claim to speak for and advocate for all women (thus implicitly demanding allegiance) while silencing and cancelling any woman who does not align with their particular ideology.

Monday night's swearing in was relatively straightforward. The White House looked beautiful in the moonlight, ACB embodied a simple elegance in her black dress, and the band played patriotic songs. But overall, it was fairly standard. There was very little spectacle and no fireworks or light shows.

And maybe that’s why I teared up. Because Amy Coney Barrett was not there to be lauded or worshiped by throngs of adoring fans. In her speech, she was gracious, thankful, and humble. She went out of her way to emphasize her commitment to laying down personal agenda when she puts on the robes of Justice. She did not exult in victory or gloat over her detractors. She acted like she was there with a solemn responsibility. Because she was.

And you know what? She wasn’t surprised that her nomination was not greeted with mainstream acclaim. She never expected it to be. Because she is not a woman who requires the affirmation of the majority of society.

She is a woman who has her own calling and her own path. She is a judge who showed up to work and got a weighty promotion. And in a couple of days, she will walk into her new office, put on her new robes, and sit alongside her fellow justices in nine seats of authority.

That is real empowerment. That is real leadership. That is a powerful inspiration to the multitudes of women who also know that their ideas, beliefs, and lifestyles would be rejected by progressive society.

And all of that equates to a depth of womanhood that woke culture can’t yet fathom. But if they pay attention, they might be able to learn a thing or two from Justice Amy Coney Barrett.

Daniel Heffington grew up in Virginia Beach, Virginia. Pro-life advocacy caused him to become active in state politics as a young homeschooler. Now in his role as Communications Manager for Generation Joshua, Daniel leads publications, marketing, and messaging efforts for a national nonprofit. His background in small business, grassroots politics, and ministry has prepared him to tackle multifaceted challenges and opportunities for the organization. Daniel has a passion for ministry and healthy leadership and has a heart for equipping young people to change the world. He loves meeting new people and helping to create life-giving cultures for teams accomplishing great missions. Daniel is also a worship leader, recording artist, and coffee enthusiast. He lives in Berryville, Virginia with his wife, Abigail, and their daughters: Ellie and Piper. Follow Daniel on Facebook, Twitter, Spotify, and Instagram.