Sometimes, If you’ve been watching the news recently, I’m sure you can see the importance of having leaders who are guided by strong principles, and who recognize the consequences of their own actions. If you want to see what good international leadership looks like, we invite you to come to this one-of-a-kind experience. You will have an opportunity to learn Christian leadership, good governance, and decision-making—both for a nation and for life.

Statecraft is a camp designed to immerse you in the challenges and choices necessary to govern a nation in the arena of international affairs. During the week-long camp, which runs from June 19-June 25, you will take on one of three possible roles:

International Diplomat. If you choose this path, you will join an elite diplomatic team that represents one of 26 different foreign nations—such as the Federal Republic of Germany, the Vatican City State, or even the Democratic People’s Republic of Korea. (Caveat: Some of those countries will fill up their diplomatic postings very quickly! The sooner you sign up, the more likely you are to get your nation of choice.) Your main goal will be to advance your nation’s diplomatic interests through treaties and trade agreements, private (or even secret) negotiations, and perhaps even a bit of discreet espionage. While you’re juggling those duties, you will also be expected to create an international agreement on terrorism. That will require you to come up with clear, working definitions of terrorism, torture, and surveillance, and to create rules on those subjects that are fair, balanced, and hard to misunderstand. Then you get to convince all the other nations to agree on those rules and definitions.

Being an international diplomat is an incredibly challenging job. It will test and stretch every skill you have—especially your ability to work as part of a team—and it will push you to the limits of your abilities. But it is also satisfying and tremendously fun. 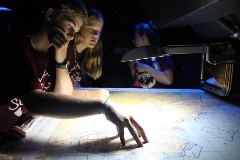 Executive Official. Should you choose to serve in the executive branch, you will be given a senior role in the US government. You will be brought up to speed on your new role as a high-level military officer, diplomatic expert, or spymaster. Then you will be assigned to the President’s new crisis management team. Your job will be to advise the president as he charts a course for US foreign policy. You will analyze mountains of data, write orders for your agencies, and preserve the nation’s security in the midst of serious crises—all while following the law. (This will not always be an easy balancing act, particularly if you work for the CIA.) 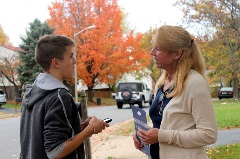 Journalist. If you take this option, you will spend the week as an editor or reporter for a prominent media outlet. Uncover facts on shady back room deals at the summit, grill the White House Press Secretary, and scoop the competition with a big story on the government’s controversial decisions.

Whatever role you choose, you will find yourself attending formal parties and receptions, greeting high-powered guests of honor, and scrambling to solve geopolitical crises (some of which you may have inadvertently caused). You will test your ideas about government in the hard crucible of a world crisis. You will wrestle with unexpected consequences, be forced to consider new approaches to achieve your goals, and come away from the experience with a deeper understanding of how the affairs of nations are conducted.

Ready to save the world? Click here to learn more and register for iGovern Statecraft.